Avoid industry HVAC equipment shortages. Get a new AC unit before they are gone! 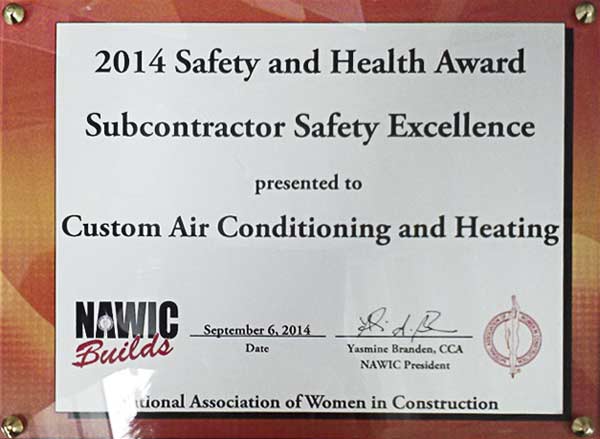 The award was given by the National Association of Women in Construction.

The purpose of the NAWIC Safety Awareness Award is to recognize those companies who excel at safety performance. Each candidate is examined for their commitment to safety, occupational health management and risk control.

We are honored to be selected for this award from a list of our peers across the Midwest. We feel this award embodies the commitment of our employees to maintain our safety record, which is one of the best in the industry.Jeff Redd

Custom Air has widespread recognition due to the high safety standards we demonstrate. SAlong with the NAWIC Regional Safety Excellence Award, Custom Air has won other industry awards including: